Practicing law runs in Samuel H. MacRae’s blood. Having held positions on the NC Supreme Court, Superior Court, and Recorder’s Court; as well as serving as the first Dean of Law School at UNC Chapel Hill, and spending many years in private practice, the MacRae family has accumulated significant legal experience and recognition.

Following in the footsteps of four generations, Sam pursued a career in law, earning his Political Science degree from UNC Chapel Hill in 1987, and his Juris Doctorate from NC Central University’s School of Law in 1991. He is now an active member of the New Hanover County Bar Association and the NC Bar Association.

Sam has been practicing law for more than 18 years, time he has spent garnering a wide range of experience. Sam served as the Assistant District Attorney for nearly four years in Fayetteville before he moved to Wilmington in 1995 and joined Crossley McIntosh Prior & Collier, a local multi-specialty law firm.

For over 25 years, Sam MacRae has served the individuals and businesses of Wilmington, NC. A practice that gives new meaning to the Title Attorneys and Counselors at Law. No matter the complexity of the criminal or civil matter, Sam offers his clients both respected legal representation and better-than-expected customer service. A combination that is rare in today’s legal environment.

It’s Sam’s top priority that clients receive his direct and timely attention. That means face time with Sam himself, phone calls returned promptly, and clients thoroughly informed of the options available at every single stage of the case. At MacRae Law Firm, clients are treated like people in need of counsel, not a case number. Because in Sam’s eyes, every case is personal. 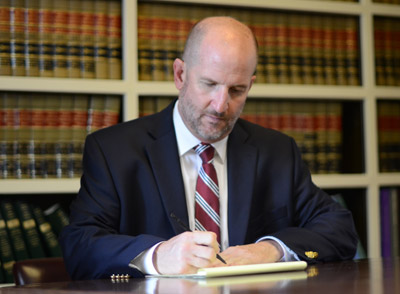 This website is offered as a service to our clients and to the public. Please read our Disclaimer